After four years with the same PC configuration (AMD Phenom 9950 Quad-Core 2.60 GHz), we decided to buy me a new central processing unit. My old PC was disctinctly slower running unit test and SpecFlow scenarios. We bought a Intel Core i7-4770K CPU, which has a three times greater CPU benchmark (about 10,000 to 3,000). Of course we also needed a new MSI motherboard and Mugen 4 CPU fan.

Installing the hardware was fun – it was my first time installing a mainboard. Here is what my PC looked afterwards: 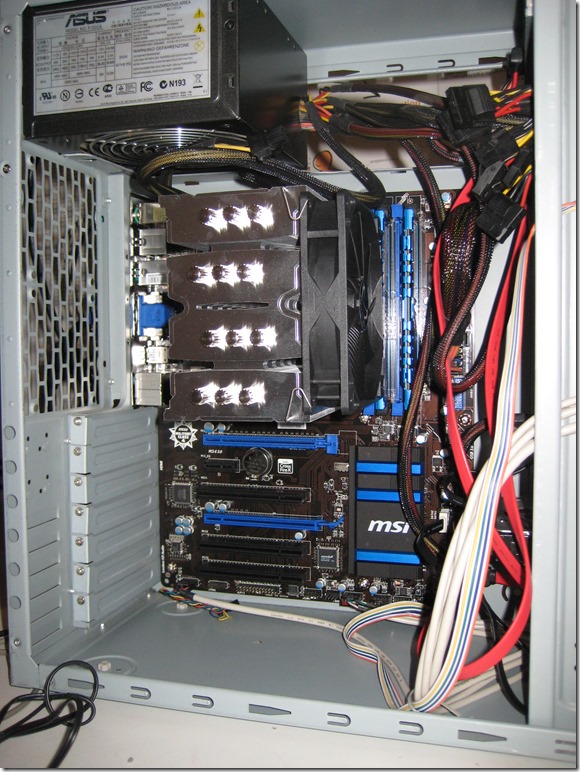 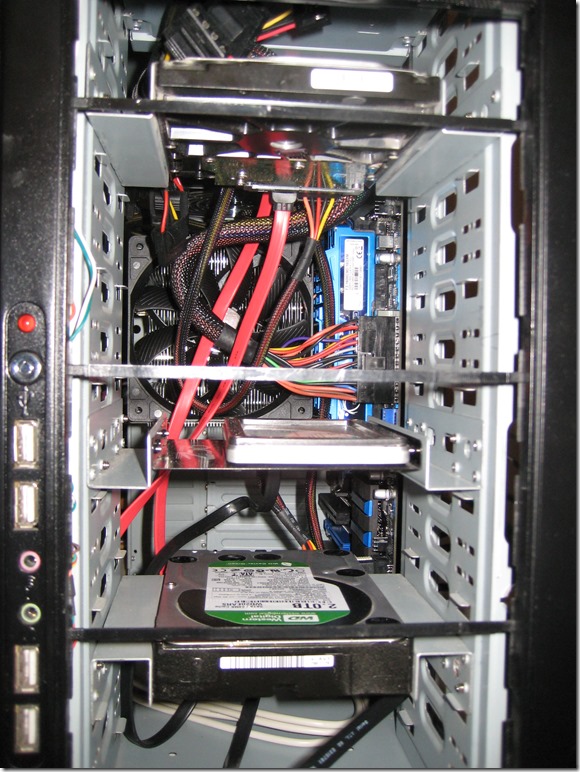 Unfortunately my Windows Server 2008 R2 on my SSD did not like the new hardware and did not boot. I had to work out how to stop Windows to shut down when showing a blue screen. After researching the error code I changed the BIOS setting for the SSD to IDE (instead of SATA). And finally everything worked! Fixing this bug was less fun than installing the hardware.

It is nice to work with a much faster, quieter machine. The RAM upgrade from 8 to 16 helps, too. It surely boosts my productivity by a few percent – in the long run it is totally worth the upgrade.